Place of Birth and Main Exhibition

The heart of the Friedrich-Ebert-Haus is a small – a 45 square meter  apartment with only three rooms – where Friedrich Ebert was born on the 4th of February in 1871. The modest family of eight people lived together in one apartment. The largest room was even partially used as a workshop for Ebert’s father, a tailor.

The additional exhibition “From Worker’s Leader to President — Friedrich Ebert (1871-1925)” presents the life and times of Friedrich Ebert over the course of 10 rooms. Starting from his childhood in Heidelberg, it continues with an overview of the History of the German Worker’s Movement, the Empire, the Experience of the First World War, the Revolution of 1918-1919, and the Weimar Republic. 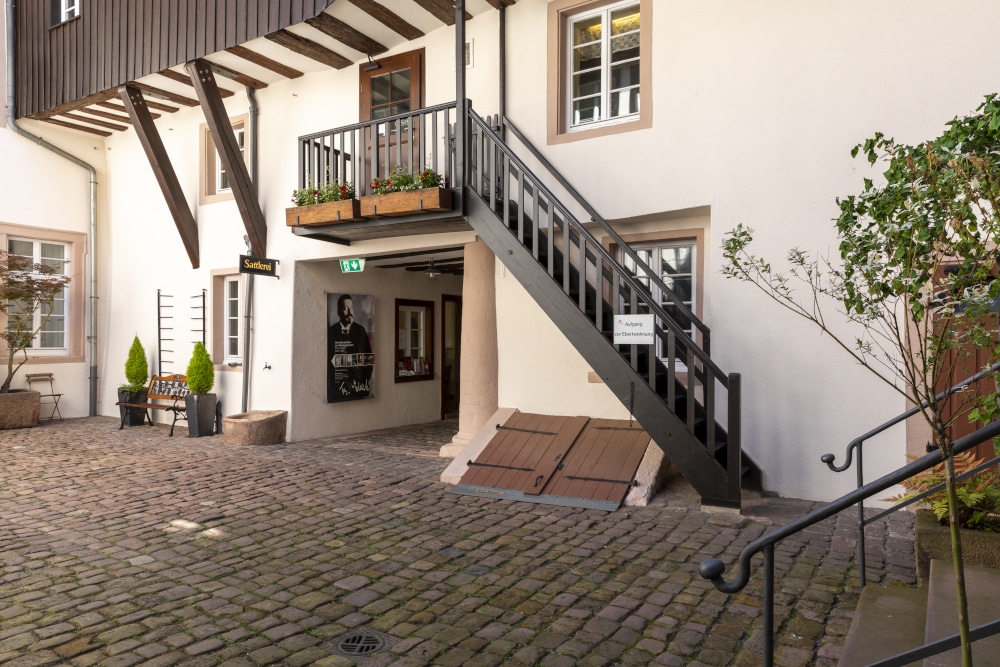